Grace Mbrokoh-Ewoal graduated from the University of Ghana with a Bachelor of Law with Political Science in June, 1994. A qualified Barrister and Solicitor of the Supreme Court of Ghana and a Notary Public, she holds a Qualifying Certificate in Law from, the Ghana School of Law, having being called to the Bar in Ghana in February, 1997, and appointed a Notary Public in October, 2019.

Grace also has proficiency in the field of finance, having undertaken training in some finance-focused courses over the years, such as the IMF’s course on Fiscal and Tax Law as well as Islamic Banking and Finance in 2016.

She started her career as a State Prosecutor from November, 1997 to February, 2002. Between February, 2002 and March, 2009, she worked as the Legal Officer in the Recoveries Unit of the Risk Management Division of the then SG-SSB Bank (now Société Générale, Ghana), attaining the position of Assistant Manager. She was re engaged by the Ministry of Justice in September, 2009 as Senior State Attorney.

Grace Mbrokoh-Ewoal assumed the role of Director Legal of the Ministry of Finance in January 2022. 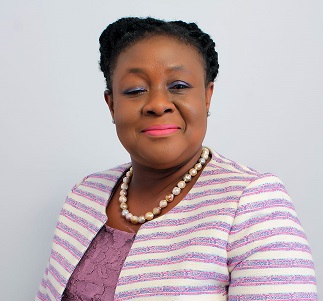