Hon. Mrs. Abena Osei-Asare, is a Banker and Chartered Accountant. She has served as a Member of Parliament (MP) since January 7, 2013 representing the people of Atiwa East in the Eastern Region.

In the House of Parliament, she currently serves as a Board Member of the Parliamentary Service Board and also on the following Committees of Parliament;

Prior to entering Parliament, Hon Abena Osei–Asare worked as the Assistant Director for the New York University in Ghana between the period of (2004 and 2007) and also as Customer Team Leader (2007-2009) and as a Sales Dealer in the Treasury Department (2009–12) both at Barclays Bank Ghana Limited.

She is married with three children and runs an NGO, The Waterbrooke Foundation which supports brilliant but needy students with the education. 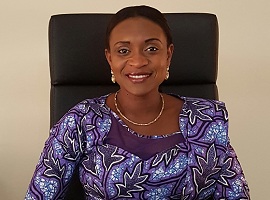